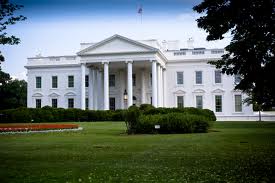 Ed note – I had the tremendous honor of attending an Autism Conference at the White House this past Monday. To catch up on the story of how on earth I, of all people wound up in Washington, please follow the links below by clicking on the words in blue.

First, I wrote THIS, which led to an invitation to this which in turn led to me writing THIS, THIS, THIS and THIS. Please go ahead and click the links before continuing so that what follows will make at least a little bit of sense. Take your time; I’m not going anywhere.

OK, so now that you’re all caught up, we pick up the story where we left it off …

Introductions out of the way, it was finally time to get down to business. Assistant Attorney General Perez led us off with what was to be the first of three questions aimed at facilitating conversation. This was not a crowd that needed much encouragement however. It was quickly obvious that we would never even hear the second question no less the third, as the clock would run down while we were simply trying to ensure that everyone who wanted to speak had the chance.

Funny thing is, I don’t even remember exactly what the question was. I believe he asked us to speak to the particular challenges that we face in terms of Community-based services. Truthfully, he may as well have just said, “Ready? GO.”

I didn’t take notes throughout the open response time, so I fear that my recollection of this next part is sketchy at best. I was determined not to record, but to absorb what was happening in the room, which is all fine, but when your brain is pretty much at capacity, there’s not much room for retention after the fact. Also, there’s a lot of detail that I’ve chosen to leave out lest this series turn into an epic novel, so I hope broad strokes will be sufficient.

The first few speakers addressed the needs of adults with autism and spoke a great deal about the desperate state of services to that population. They spoke about the private initiatives that they had been compelled to undertake in order to provide support to parents seeking to find or create group homes. They talked of their own herculean efforts to create blueprints for families in the absence of any real guidance from the agencies designed to serve them. They reminded the government officials that children grow into adults – a fact not always obvious for a community that, by necessity is so focused on the very next moment in the very next hour of any given day.

The refrain was the same as that which I’ve heard a lot recently in my work with Cole. Agencies are not communicating with each other no less working together, funding is self-defeatingly restrictive and riddled with rules that are not just counterintuitive but often serve to cancel out alternate resource streams, and services – when available at all – are delivered by people who are not remotely qualified care givers. As Cathy Boyle put it, “When we’re paying these folks $12-15 an hour to work with some really challenging situations, it’s tough to compete with McDonald’s.”

There was an apparent consensus in the room that the qualification system for adult service professionals needed an overhaul, as did the laws surrounding permissible interventions. There was resounding agreement that experience mattered more than degrees and that often, laws detailing how a care giver can (or cannot) intervene when a person is exhibiting self-injurious behaviors actually served to exacerbate those behaviors and ultimately did far more harm than good.

There was some talk about employment. Though another breakout session covered it, it’s hard to talk about adults in the community without discussing their need for (and our country’s need for them to have and maintain) appropriate and fulfilling employment. Job training and on-going coaching is a small price to pay for putting an entire population to work. Especially when we consider that a working population contributes to – rather than drains – society at large, not to mention the money saved when considering the cost of depression and addiction that can otherwise arise when the supports fall out from under our community’s adults as soon as they hit twenty-two.

In talking about adult services, it quickly became obvious that fixing the system would necessitate not just community buy-in, but an interagency government overhaul. As AAG Perez said, at the bare minimum we needed cooperation from the departments of Justice, Housing, Transportation, Health and Labor.

As we moved around the table, a couple of younger parents began to speak about the challenges that they faced getting help for their children. A gentleman from Virginia took the words right out of my mouth when he said that the most effective way to approach the needs of the next generation of adults was to serve them before they BECAME adults. I nearly shouted an Amen.

Idil, the Somali woman who I’d met earlier, spoke with palpable emotion about her community. She reminded us that one in twenty-eight American born Somali children in Minneapolis is on the autism spectrum. No matter how many times I hear that number, it doesn’t get any easier to wrap my brain around. She spoke with passion about her pre-verbal son and her desperate hunger to help him. I was moved to my core when she spoke for so many parents I know, saying that she would do anything if she could just give her son her words. Faces flashed in front of me. So many silent children. My heart ached.

She spoke from the place of desperation that so many – far, far too many – inhabit. Her words were pleading. “He needs a cure,” she said, fighting tears. She steeled herself as she continued, “If he were to break a finger,” she said, “the doctor would fix it. Where is the doctor to fix this?”

Suddenly there was a sharp, pained outcry from the end of the table. It was Katie. She was shouting.

She immediately apologized. “That was inappropriate; sorry.” She wasn’t apologizing for her words, only their delivery.

Idil looked at her. “No, no you do not,” she said. “YOU are perfect.” And I trusted that she meant it, from the bottom of her heart. But for Idil, the mother of a child without words, there was almost no connection between her son and these highly verbal, extremely high-functioning (whatever the heck that actually means) adults. Her son needs help. He needs it now. As far as she is concerned, what he need is a cure. The autistic adults in the room, however, are perfect.

And right there, I thought – right there at the crossroads of needs so disparate as to be contradictory, of a spectrum of human experience so broad as to include, to paraphrase my friend John Robison, highly verbal, commercially successful geeks on one end and severely disabled, non-verbal people on the other. It’s all right there.

I raised my hand.

It was time to speak up.

22 thoughts on “the white house, part three. settle in, this could take a while”