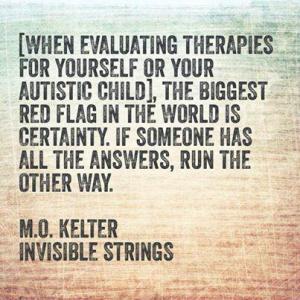 Wise words from my friend M.

The other day, I took Katie to Taco Bell for lunch. Don’t judge, people, every once in a while a girl needs a damn chalupa. Anyway, after the meal (clearly, I use the term “meal” loosely) she convinced me to try their new Cinnabon bites. By convinced me, I mean she said, “Hey, Mama, can I get a churro? And I said, “Sure, and let’s try these Cinnabon things too,” but let’s not get bogged down in the details. Anyway, they look like this … 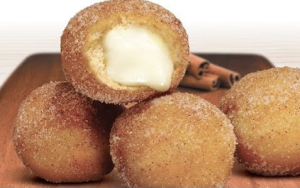 Yes, that’s Cinnabon frosting INSIDE fried and sugared dough. In other words, eating this thing is kinda like biting into happiness. I wish I did not know that these existed.

Anyway, Katie took a bite, then looked at me with her eyes wide.

“What is this sorcery?” she asked.

We dissolved into laughter. Sorcery indeed.

I have a skin condition called psoriasis. I’ve had it for as long as I can remember. In August of 2012, I wrote the following about it …

My entire life, it’s been a source of embarrassment. When I was a kid, I would make up stories to explain. I’d pretend I’d fallen off my bike – skinned my knees and landed on my elbows. I’d say it was a ‘gymnastics thing’ – ya know, from the bars. I’d bandage my knees to hide them.

As I got older, it got worse. And it was no longer confined to my elbows and knees.

I’d wear long sleeves and jeans in the middle of the summer to hide my skin. I preferred to sweat than explain.

I used steroid creams for years. Then I stopped when I realized that my girls were constantly touching my skin. They didn’t really work anyway.

Three years ago, I found a treatment that did work. A super-charged and highly focused phototherapy. Sort of like a tanning booth on steroids. The sessions were a minute long, but the equipment only existed at one hospital. That one minute session took an hour out of my day. Eventually I had to stop going.

There are drugs. The side effects are not remotely acceptable – particularly when weighed against vanity.

Stress exacerbates it. It’s probably the worst it’s ever been.

Over the years, it has manifested itself in different ways. When I was pregnant, it seemed to actually get better for a little while, until the morning I woke up with a carpet rash spanning from my neck to my thighs that would last until I gave birth three months later. Different, but definitely not better.

There were creams and ointments that had varying effects (and varying side effects). Exercise helped. Lowering my stress levels helped, but was as feasible a prescription as “Get taller.” There are some things we simply have to learn to live with. This past year, I essentially gave up. The ointments that I’d gone back to using during the day (when I was away from the girls) were thinning my already sensitive skin. The phototherapy treatment just wasn’t practical. Heck, I couldn’t even find time for a regular tanning booth (which is the next best thing.)

About three weeks ago, I noticed that my legs, for the first time in as long as I can remember, felt smooth. Then it was my back and my sides. All of it. My elbows, my knees, my ankles – all the places that psoriasis had plagued me for years and years and years – they were smooth. It’s not gone. My skin still doesn’t look “normal,” so to speak, but it feels smooth.

I’ve been nearly giddy since this has happened. I can’t really explain how huge this is – the impact that it is having on my confidence, on my clothing choices, on me. Nor can I explain what happened.

I had an appointment with my dermatologist right around the time that it started to ease. She shrugged and said, “It happens. Perhaps you’re through the worst of it and it’s simply on the decline.”

I’m sharing this story for a reason.

The reason is that had I been using any kind of treatment prior to the last three weeks, I would be shouting from the rooftops that I’d found the cure for psoriasis. I’d be telling everyone I know who is affected by it that THEY HAVE TO DO THIS RIGHT THIS VERY SECOND BECAUSE IT WORKED! The proof would be in the pudding, people. Nearly clear skin. For the first time in twenty years. Clearly, I’ve found the miracle cure. It is … whatever I was using / trying / doing when the change happened. Or to put it another way, because I’m sure you see where I’m going with this, when  years of work and various types of support began to come together and blend with time and readiness and maturity into a perfect storm of progress. And whatever it was that we tried last would be THE MIRACLE. It would be THE ANSWER. It would be the sorcery that put the frosting INSIDE the fried dough.

You get this, right?

If I had a dollar for every time that someone said to me, “Have you tried [eye of newt] for your daughter? Because I have a friend whose son became SO MUCH LESS AUTISTIC after using it. The stuff is a miracle, seriously. I know the lady that she gets it from. Want me to give you her number?” I’d be rich enough to buy my own damned Taco Bell. No, I don’t want her number, thank you, I’m pretty sure I’ve already got it.

Whenever I hear about a miracle treatment for our kids, I ask the same question. Did this miraculous change / progress / breakthrough happen in a vacuum? Were they employing any other programs / therapies / teaching methods at the same time? The answer has yet to be No.

My daughter has made staggering progress over the years. If you go back to the beginning of Diary and follow her from where she was then to where she is now, you will see how far she’s come. Because of that, people ask me all the time what the key has been to her success. Did we chelate her? Lower her heavy metals? Give her antioxidants? Probiotics? Put her on a gluten-free, casein-free diet? Did we spend thousands of dollars on Son-Rise? What was the answer? Was it ABA? Was it Floortime? Was it RDI? Was it PECS? Was it typing? Was it speech therapy? Social Thinking? OT? PT? What was the miracle that changed everything?

The answer is none of the above before “What was the answer?” and all of the above after it. The answer, for us, has been a cocktail of the bits and pieces of various methodologies to which our daughter responded positively, shaken together then mixed with a heavy pour of love, respect, patience and time. It wasn’t, and I dare say it’s almost never, one thing.

When someone tells you that they’ve found the answer, the miracle, the key to it all, I beg of you – ask them one question. Did it happen in a vacuum? If they say, “No, but it was the only thing that had changed,” think about what that means. Was it really? What about their child? What about the skill acquisition that happens over time with dedicated support teams? What about maturity and life experience and the readiness to learn that happens when everything coalesces at the right moment in the right way and suddenly successes begin to build upon themselves and progress is happening and in the excitement, we do what humans do … we look for the sorcery. And we believe it must be the very last thing that we did.

I get why people ask (God, I get why they ask), but I don’t have easy answers. Not everyone progresses at the same rate. Sometimes progress seems non-existent, and I know how hard that can be. And then there’s regression, and yeah, that’s even harder. So we look for the sorcery. But I don’t have it. I don’t have life-changing pills or doctors or recipes or homeopathic diets to follow that will offer immediate success. I just don’t. And, throughout our journey, I’ve remained very skeptical of those who claim that they do. Especially when they’re profiting off of that claim.

For us, it’s the cocktail of therapies and love and patience and time, and yeah, some dumb luck. I’m sorry, but that’s all I’ve got. But hey, it does pair quite well with a couple of these …

39 thoughts on “what is this sorcery?”