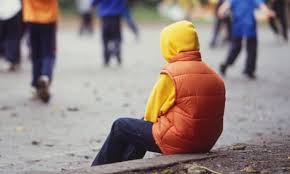 Inclusion is about a sense of belonging, about feeling respected, valued for who you are. It is an all-encompassing practice of ensuring that people of differing abilities related to, for example, sex, age, and race, feel a sense of belonging, are engaged, and are connected to the goals and objectives of the whole wider society.”

We live in a district that, at least theoretically, prizes inclusion. And as a rule, I’m all for it. In my opinion, inclusion – educational, societal and damn near any kind you can think of – benefits everybody involved. BUT – big, huge, enormous BUT here – ONLY IF IT’S DONE RIGHT. Otherwise, it can be pretty damn damaging to everybody involved.

Inclusion doesn’t – can’t – mean throwing everyone in a room together and hoping for the best. In order to work, inclusion has to be thoughtfully designed. It must be painstakingly planned and executed. It must be FLEXIBLE and agile – constantly able to evolve and change as the needs and skills of those involved evolve and change – and it must be constantly monitored so as to see where those changes are occurring in real time.

So when we talk about the law’s requirement that our kids be placed in the least restrictive environment possible, to my mind that doesn’t simply mean the most inclusive setting in the building. It might, but that’s not the point. What it means to me is the ENVIRONMENT THAT WILL BE LEAST RESTRICTIVE TO YOUR CHILD’S LEARNING. (edited to add: And “learning” encompasses far more than academics.)

No matter how well-intended, he says, inclusion is still largely symbolic. And while it might make the people involved feel like they’re doing the right thing, it’s not really making a quality life for our kids.

I remember the first time he called them “our kids.” That was when I knew I’d found the right doctor.

He offers an example. A fourteen year old autistic boy who wants to ask a neurotypical classmate to a dance. His parents and therapists work with him to create a script – to arm him with the language that he will need to ask. They support him, and her, through the process. She says yes.

They go to the dance together. And we write another feel-good story: Girl, Filled With Compassion For Autistic Classmate Gives Him The Opportunity To Attend School Dance. It’s inclusion at work, isn’t it? Or is it?

The reality is that those are not real options for him. The reality is that if he tried to kiss her, the story in the paper would no longer be a celebration of inclusion, but a cautionary tale of the predators among us. Going to the dance with him was an act of compassion, not a date.

I want to protest. I want to tell him that it’s not true. I can’t.

I see Brooke at a classmate’s recent birthday party. Two girls are running away from her and laughing. The ones who she’s known since kindergarten. The ones who stopped calling for play dates when her differences became increasingly pronounced. The ones who now laugh at her for sport. The ones she still thinks are her friends.

I want to protest. But I can’t.

We have to keep working on society, he says, but in the meantime, we’ve got to figure out how to create environments for our kids that really work for them right now, here in this imperfect world that we have to offer. Environments in which connection and friendship and romance and all the stuff of life is possible.

I don’t want to push segregation, he says, but I’ve watched so many of our kids grow up now, and I see it. I see that the ones who are happiest are the ones who didn’t try to force inclusion when it wasn’t real.

I think of all the times over the years that my girl has been sitting with her aide working on something in the back of the classroom as the rest of the class did something entirely different. Geographical inclusion is not inclusion.

But I see the teenagers when I go to visit the specialized schools, he says. And they’re furtively holding hands in the hallways between classes. It’s beautiful. His face lights up with a smile.

I think of every commenter on Diary who has said over the years, “We took my son out of the mainstream where he was floundering and put him into a school for autistic children two years ago. He’s never been so happy.” Scores of them.

The problem, he says, is that I believe in inclusion. I really do. But we, as a society, aren’t really there yet. And it’s hard to give you advice for our little one, he says, because people like you and Luau are trailblazers. You’re forcing the change that needs to happen, creating the programs that need to exist, but …

I realize I’m holding my breath.

But they’re not necessarily the best places for our kiddos right now because the rest of the school and the rest of society have not yet evolved around them enough to allow them to work off paper.

I think of the stories of the kids in the sub separate classroom that we’re looking at for Brooke next year. How happy they are in the functional bubble they’ve created. And how they’ve been teased in the gym and the cafeteria and the hallways because acceptance can be just as symbolic as inclusion.

Two days later we will meet with Brooke’s team for the first of many middle school transition meetings. We will talk about one of the two initial placement options proposed by the school district. They will ask us about our concerns. I will borrow Dr Dreamy’s words and share them on Diary’s Facebook page hours later, when they still won’t leave my head.

At Brooke’s first middle school transition meeting this afternoon, Luau and I were asked to share our “concerns” about the transition. I said that given how complex a child she is and how incredibly comprehensive her support plan is in elementary school, the prospect of recreating it at the middle school level is not as much concerning as it is terrifying.

And then I said that our greatest concern is that we address her needs as a whole child – that we don’t sacrifice the social emotional support that she so desperately needs in favor of academic, or vise versa.

And then I said, “But above all, we want to ensure that we’re not engaging in symbolic inclusion at her expense. That we’re giving her opportunities for the real connections and real relationships that she so obviously craves. And then I ate one of the cookies that we’d brought to the meeting so I wouldn’t cry.

And then I will write to Dreamy to ask for his permission to share our conversation. It was one of those watershed, perception-shifting moments for me, I’ll say, and I’d like to share it with my readers, if that’s ok.

And I’ll be very, very grateful when he says yes.

* Dr Dreamy is Brooke’s neuropsychologist. He’s been seeing her since she was five. And yeah, he’s pretty dreamy.

56 thoughts on “the in between”